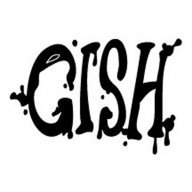 This is a complete list of Cave Johnson's voice lines from Portal 2.

Deleted and Extended lines
Note: lines in bold were used in-game.
50's
70's
80's
Miscellaneous tests
Conversation with GLaDOS
GLaDOS lines in italics
We don't have time for this.
Yes SIR, Mister Johnson! I'll have that report on your desk by four-thirty! [normal voice, horrified] What. In the hell. Was THAT.
No, Mister Johnson. I DON'T.
Sure.
I said we'll do it.
If you don't unplug him, I will.
Maybe we can stand on him to climb up
Mister Johnson? You need to shut up.
Goodbye, sir. May whatever tests await you on the other side either support or disprove your hypotheses.
I'd... appreciate it... if we never... EVER talked about that... ever again.